How the Nazis pioneered ‘cancel culture’

29 June 2020, 4:30am
How the Nazis pioneered 'cancel culture'
https://www.spectator.co.uk/article/how-the-nazis-pioneered-cancel-culture-
Two well-known women were degraded last week as Britain continues to be ethically cleansed. The first was Nancy Astor, whose statue in Plymouth was dubbed with the word 'Nazi'.
The second was Baroness Nicholson, honorary vice-president of the Booker Prize Foundation, who was relieved of her duties after her views on trans issues and gay marriage were judged insufficiently respectful. ‘The issues are complex but our principles are clear,’ the Foundation said in justifying their decision. ‘We deplore racism, homophobia and transphobia and do not discriminate on any grounds.’
Is there any difference between those who defiled Astor and those who demeaned Nicholson? Only, it would appear, that the latter are more civil in their intolerance.
Astor's statue was inaugurated only last November, to honour her achievements as a feminist, social reformer and the first woman MP to take her seat in Parliament. It was vandalised because of rumours she had been sympathetic to Nazism and hostile to Jews in the 1930s. She had dealt with both accusations in a letter to the press in March 1938.
Having rubbished suggestions that she was a member of any pro-Hitler 'Cliveden Set', Astor then addressed the second charge: ‘I must also refute your accusation that I anti-Jewish,’ she stated. ‘It is quite untrue, and has caused pain not only to me, but to many of my very good friends who are themselves Jews.’
The blame for these scurrilous rumours, she added, lay in ‘the Communistic propaganda circulated throughout the world’.
While similar propaganda is driving today's purge of Britain's past and present, often the tactics deployed were actually perfected by the Nazis. Within months of Hitler's power grab in 1933 the German book trade had issued a blacklist of more than 200 authors, and university towns made pyres of their works and joyously set them ablaze.
Statues and memorials were next. The first to suffer was the expressionist sculptor Ernst Barlach, whose wooden war memorials were a common sight in Germany in the 1920s. The Nazis loathed them because they lacked heroism and, in alliance with an obsequious media, they had Barlach labelled 'degenerate'. ‘The fawning cowardice of this magnificent era makes one go red up to the ears and beyond to think one is German,’ wrote Barlach to his brother, as one by one his sculptures were withdrawn from public view.
Barlach avoided execution but his membership of the Berlin Academy of Fine Arts was cancelled, and he died a broken man in 1938. Within two years the Nazis had overrun most of western Europe and were so confident of conquering Britain that they compiled another list, this one of 2,800 British residents who would be arrested after the invasion.
Churchill and his war cabinet were top of an impressive Who's Who: Lady Astor, described by the Nazis as an ‘enemy of Germany’, was on it too. Literature, academia, religion, entertainment and journalism were also well-represented, with the Spectator one of several publications whose staff would have been carted off by the Gestapo. So, too, would Lord Baden-Powell, who the Nazis believed was using his scout movement to spy on their Reich.
The list wasn't discovered until the end of the war, when it was unearthed in the Berlin headquarters of the Reich Security Police. The Guardian reported the list in September 1945 and asked Lady Astor what she thought of her inclusion. ‘It is the complete answer to the terrible lie that the so-called “Cliveden Set” was pro-Fascist,’ she replied.
Noel Coward recorded the news in his diary entry on 14 September 1945. ‘Among the people to be dealt with when England was invaded were Winston, Vic Oliver [a comedian], Sybil Thorndike [an actress], Rebecca West [an author] and me. What a cast!’ West sent a short cable to Coward when she heard of the list: ‘My dear the people we should have been seen dead with.’
Today, those who now have an iron ideological grip on Britain have published a list of statues they want demolished. As their influence grows a second list will surely be compiled: those who are 'politically unreliable', to borrow one of the Nazis' favourite phrases.
It doesn't require a giant leap of imagination to guess who would be top, or that after JK Rowling would be Lionel Shriver, Laurence Fox, Peter Hitchens, Germaine Greer, David Starkey, John Cleese and Trevor Phillips. The list would be unlikely to stretch to 2,800 names, an indication of how effectively the radical left have cowed or converted the political, business and cultural elite this century. How many MPs would feature? Priti Patel and perhaps one or two others.
This may all seem like a flight of fancy, and it would be impossible for a country at the heart of European civilisation to sleepwalk into tyranny. But totalitarians should never be under-estimated: for what they lack initially in numbers, they make up for in fanaticism.
WRITTEN BY
Gavin Mortimer
Gavin Mortimer is a writer, historian and television consultant who is the leading authority on world war two special forces.
*-*
en 10:30 a. m. 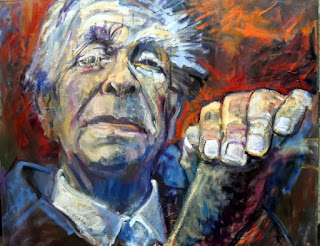